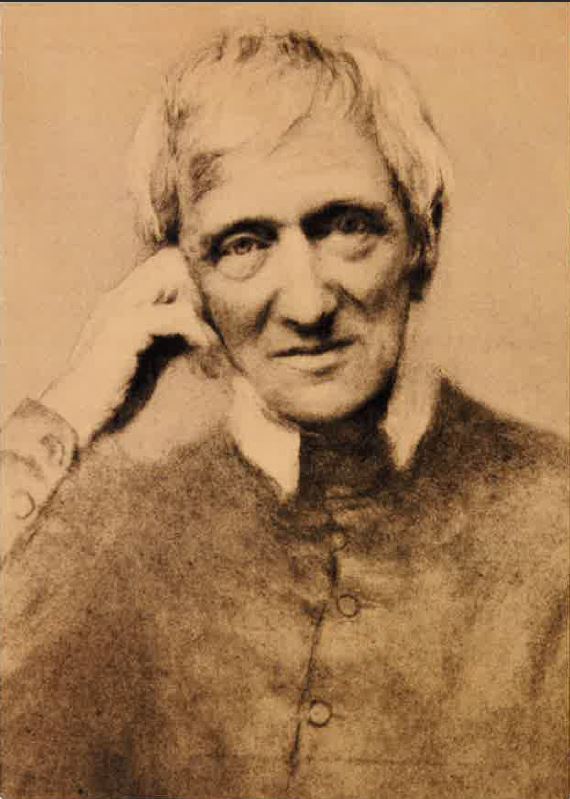 There is so much I could write about Cardinal Newman, on this, his feast day. I have, indeed, already written posts about him many times in the past. But now that courses are starting, I don’t find that I can say as much as I would perhaps like. I also write this essay in some state of exhaustion, having just completed the walking pilgrimage from the Oxford Oratory to Littlemore in honor of Newman’s reception into the Church by the Blessed Dominic Barberi.

So instead of making this a terribly erudite post about a point in Newman’s life or theology, I thought I’d just express my profound gratitude. It can be gauche to make any feast of the Church about one’s self. That is not at all my intention, and I hope I will not be thought self-seeking in writing of my own experience. I don’t pretend that my story is terribly unique—but it is mine, and no one else can tell it. I am emboldened to relate the history of my own friendship with Blessed John Henry because, as I was taught by Dom Mark Daniel Kirby, “a grace remembered is a grace renewed.” And of course, it’s not really about me. It’s about God, and what He has mercifully done for me through Blessed John Henry Newman.

Saints come to us at many stages of our life. They are always timely, making their appointments according to Heaven’s clock. The mysterious intervention of the saints provides us with one of the many beautiful aspects under which we might consider the manifold glories of providence. They are, as they were in life, God’s instruments; only now, in beatitude, they are eternally and perfectly so. By their intercession, they fill their afterlife with comings and goings, always about God’s business.

Like so many Catholics, I have known the prayers of a saint. Blessed John Henry Newman entered my life when I was still very young in the faith. Of course, I had heard of him before. His name looms large in the history of conversion, and as a convert myself, I found his story interesting if not overly compelling. All that was to change in the spring of my second year, when, in a class entitled, “The University, God, and Reason,” I had the chance to read the first half of his famous educational treatise, The Idea of a University. His magnificent prose and bold defense of knowledge for its own sake thrilled me. I made him my Lenten companion that spring. And in May, I tried (not entirely successfully) to go through all of his Marian meditations for the entire month. A few weeks later, I left for my study abroad. 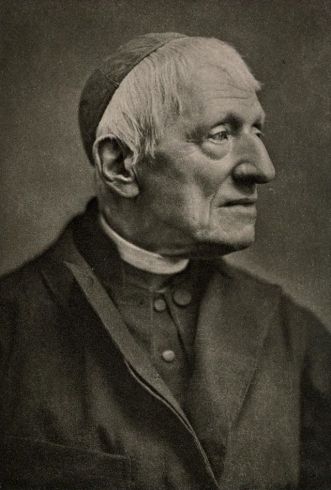 This venture is, I think, one of the great privileges and turning-points of my life. The more I reflect on it, and where I have been since, the more I thank God for allowing me that study which was more a pilgrimage than anything else. On my very first day away from home, I had the chance to visit the Brompton Oratory. Leaving the hustle and bustle of Kensington in the late afternoon, stepping into that dark and immense well of stillness, I immediately thought, “This is God’s house.” I had never had that reaction in any other church before, and never yet have since. It was unbidden, unlooked-for, unimagined. Yet there, in the vast twilight of Fr. Faber’s church, I felt the unmistakable presence of God. And whose altar should I find, off in a niche, under a low-hanging balcony? Whose but Cardinal Newman’s? And from Cardinal Newman’s altar I walked up to the transepts—and found the effigy-altar of St. Philip Neri. To this day, it is still my firm conviction that I was led to befriend St. Philip by Blessed John Henry, his son.

That was my first introduction to the Oratory. While I had heard of it and understood some of its distinctives, these were merely academic realities to me until that long journey. Throughout the rest of my travels that summer, my mind turned constantly to Blessed John Henry and St. Philip. In Rome, the presence of the latter seeped from the very walls. I had the grace of visiting the Chiesa Nuova twice, and San Giovanni dei Fiorentini once (though at the time I did not know its history). And when I returned to England to complete the course I had signed up for, I started to find Cardinal Newman everywhere. Across the street from my college in Oxford was the Church of St. Mary the Virgin, where Newman was vicar. I visited Oriel and passed by Trinity, his two colleges. I worshiped weekly at the Oratory—yet another house of St. Philip—where Newman had preached in his own life. I bought a small portrait of the man himself in the little church shop there. And while on a brief retreat with the monks of Silverstream, I providentially purchased a short biography of St. Philip Neri. It was the first I ever read, and I devoured it in a few days.

I have little to say of the time since my return to the United States in August of 2015. The year that followed was very bad, and my faith suffered greatly. But when I came back after so long a spiritual exile, I once again felt the prayers of Cardinal Newman moving me in the right direction. Slowly but surely, my sense of the presence of God healed. By this point, I was writing a thesis on Newman. I was also seriously pondering my future. I knew I wanted to continue my studies, but the question of where to do so was subject to a number of considerations. So I offered up the issue in prayer to a number of saints, including Our Lady of Walsingham and Bl. Cardinal Newman.

And now I am at Oxford, Newman’s beloved university. Indeed, I am at a college guided by the spirituality of the Anglican movement he began. Cardinal Newman has not failed me by his prayers. I have read so many works by and about him, yet still I feel I have so much more to learn from his life and teaching. He is for me many things at once: intellectual mentor, friend in Heaven, father in God. For someone training for the scholarly life, Newman is a model Catholic academic. He pursued Truth until he found it, and, not resting therein, never ceased following it until his death. I pray that I, too, may follow him out of shadows and images and into the “kindly light” of Truth. 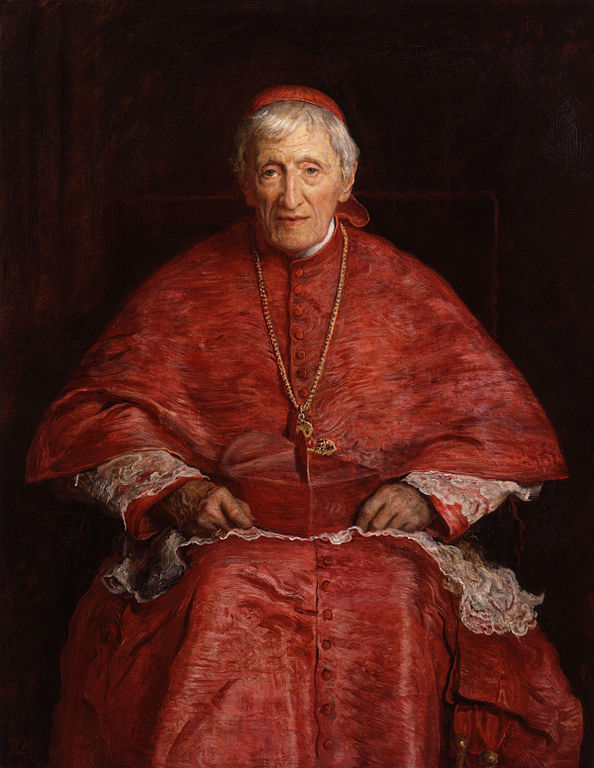