You must watch The Keepers if you have Netflix. And if you don’t, you should start a subscription or a free trial to watch it. If you are a Catholic, I dare say that you have a duty to do so. I said the same thing about John Michael McDonagh’s Calvary, for much the same reason.

The Keepers tells the story of Sister Cathy Cesnik S.S.N.D., who was found murdered in the woods outside Baltimore in January of 1970. In seven riveting episodes, the series follows the intrepid amateur investigators who have, for years, devoted untold time and energy to solving this case. As private citizens, they have conducted important research into the case that the police should have done years ago. But the series isn’t just a compelling murder mystery (though, at times, it does rise to the level of the best true-crime tv). The Keepers is also a powerful testimony to the grim reality of clerical sex abuse, the corruption that aids the perpetrators, and the strength of the survivors.

If you are content with what I have written thus far and don’t want to risk any spoilers, then please don’t continue reading. 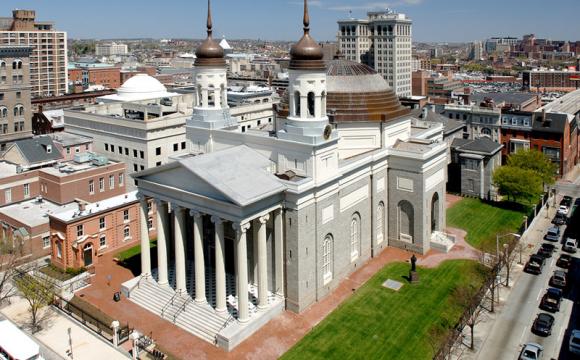 Basilica of the National Shrine of the Assumption of the Blessed Virgin Mary, Baltimore. (Source)

Sister Cathy had previously worked at a local Catholic girls’ school, Archbishop Keough High School. In 1969, she had discovered that the school chaplain and counselor, Father Joseph Maskell, was sexually abusing the students. In November, she disappeared in the night and was never seen alive again.

The series delves deep into the crimes of the priest, which are many and shocking. Maskell was violent and incredibly manipulative. He was a trained psychologist who preyed on his victims’ emotional and personal weaknesses and conducted deeply invasive psychological and physiological tests on them. 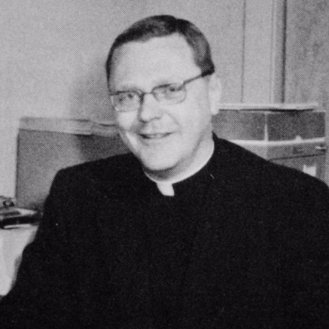 But, as with so many of these stories, the far more enraging element of it all is the cover-up. And boy is there a cover-up. Notice I used the present tense. The series strongly suggests that the law enforcement agencies of the greater Baltimore area deliberately turned a blind eye to the abuse and failed to properly investigate Sister Cathy’s murder – even today. There are reasons for this that I won’t get into here.

But perhaps more infuriatingly, the Archdiocese of Baltimore not only refused to give an interview to the filmmakers, but a) lied to the filmmakers about the history of complaints against Maskell, b) never mentioned that Maskell was sent to Ireland after a civil suit in the 1990’s, c) has refused to release any of their records related to Father Maskell, and d) repeatedly scuppered legislation to extend the statute of limitations on cases of sexual abuse. The show gets into some of these matters. But the Archdiocese’s reaction since the series premier has been shameful. It has waged a misbegotten social media campaign to smear the series.

Or consider this concatenation of coincidences I happened to just discover.

In the very last episode, we hear from one of Maskell’s first victims. He was an altar boy at Maskell’s parish, and when he complained to his mother, she alerted the Archdiocese. That was 1967. As a result, Fr. Maskell was promptly transferred to Archbishop Keough, where he carried on a covert reign of terror for eight years alongside his similarly perverted assistant, Fr. Neil Magness. Maskell’s secrets started to leak in the 1990’s when two brave victims, former students of Keough, filed a Jane Doe-Jane Roe suit against him and the Archdiocese. During that period, the first victim – that altar boy, then a dentist and family man – was contacted by the Archdiocese. They set up a private meeting led by (then) Monsignor W. Francis Malooly. At that meeting, Malooly allegedly attempted to bribe the victim into keeping quiet, so as not to provide corroboration for the complainant’s claims.

These are allegations. You are free to reject them. What you are not free to dispute is that the meeting between Malooly and the first victim happened. Malooly himself admits it, though he characterizes it rather differently (as you can see in the show). Likewise, you cannot dispute that Monsignor Malooly was later raised to the episcopate by Pope St. John Paul II and is currently serving as the Bishop of Wilmington, Delaware.

The first news item I got was this:

But if when I clicked on it, I got this error page:

And what is The Catholic Review? Why, the newspaper of the Archdiocese of Baltimore! 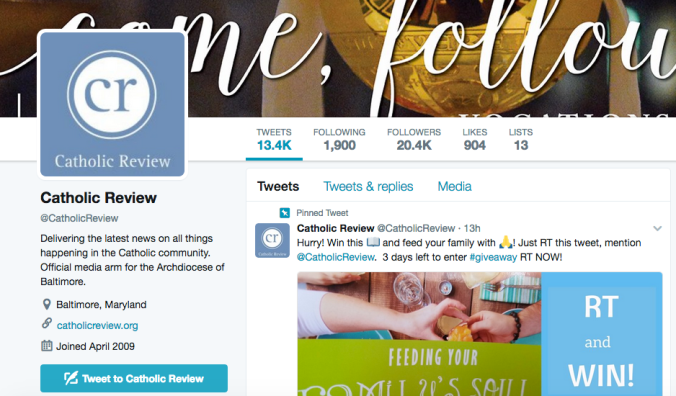 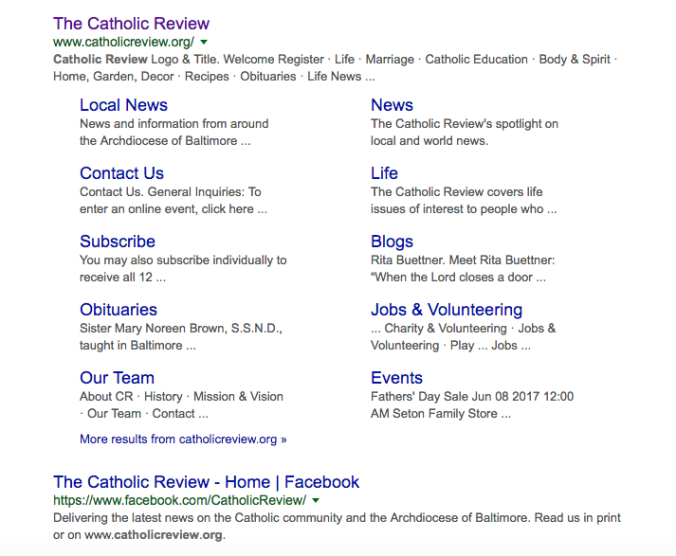 All of this strikes me as suspicious. There may be a perfectly innocuous reason why the Archdiocese of Baltimore’s newsletter is down at precisely the same time that it’s facing a firestorm over its egregious social media response to these allegations. It doesn’t make a lot of sense why the Archdiocese would bother to do something so drastic. I know so little of technology that I may be fumbling towards nothing here, finding strange connections where there are none.

But that timing. It’s hard to discount.

Ultimately, this is why we need good priests. This is why we need souls given to ministries of reconciliation and reparation to the Sacred and Eucharistic Heart of Jesus. Every abuse of an innocent is one more wound to the Holy Face of Christ. Shows like The Keepers remind us of our guilt, and of our need for salvation. They also remind us of our paramount responsibility towards the defenseless.

I don’t write any of this to scandalize the faithful. I write because Catholics should be furious. We should be filled with the righteous wrath of God that these kinds of abuses—both of innocence and power—take place in our midst. I write to my fellow converts, especially younger ones. We don’t talk about this issue enough, probably because most of us have never had direct contact with it. For us recent converts, the sex abuse crisis can often seem like a phenomenon of past decades, something that happened in stifling parish communities simmering with clericalism, patriarchy, and a ghetto mentality to boot. It is easy as a convert, and particularly as a young convert, to write off the sex abuse crisis (implicitly, if not overtly) as a phenomenon of the hypenated-American-Catholicism of the Northeastern working classes, a faith that was more about social pressure and cultural values than theology, tradition, and mysticism.

And in that, we are wrong. Clerical sex abuse and its cover up are still grievous sins that we have not yet fully grappled with, and which—sadly—I expect will continue to be an issue in the future. Among the many disappointments of this pontificate, perhaps the most bitter is that Pope Francis has proven to have such a poor record when it comes to pedophile priests.

There can be no doubt that those aforementioned -isms and -archies made clerical sexual abuse much harder to prevent, much harder to stop, and much harder to punish. The Keepers gets into some of that, though not as much as it could have. And that’s fine. Instead, it captures and sensitively presents the spiritual, emotional core of the problem. At its heart, The Keepers is about bearing witness. It testifies to the profound failure of the Church to guard its innocents. True, the chief villains are all dead. True, we may never know the full rogues’ gallery of their accomplices. But the horrible pains caused by those villains rippled through hundreds of lives—and continue to do so today. And we must never forget it.