Perhaps the most ubiquitous tradition of Christmas in America is decorating a Christmas tree. Whether live or artificial, green or white, festooned in tinsel or bedecked with bells, the Christmas tree is the image that adorns all our houses and heralds the coming of the Yuletide. And not just the houses of Christians. Many who celebrate Christmas as a merely secular holiday will still put up a tree. It just wouldn’t really feel like Christmas without it.

Yet the Christian discerns in this symbol something more than just a festive sign of the season.

First, a short excursus about symbols in general. Metaphor opens the speaker to the experience of “augmented reality,” though not at all in the way that phrase has come to be understood in the world of cheap tricks and tacky technology. Pokemon Go is not a metaphor. It’s just an add-on. It discerns nothing essential and establishes no real connections between unlike objects. Metaphor can. The truer the metaphor, the firmer the connection. It’s a dialectical process. Or, if you like a Trinitarian one: two unlike things are drawn together by the speaker, thus forming an entirely new third.

The Sophianic potential of language lies in metaphor. Name and metaphor permit us to imprint, image, and discern a level of reality beyond the merely immediate and sensible. That is why metaphor is impossible in the face of the Beatific Vision. All words die away, since the soul experiences the most heightened level of reality – Being itself.

Sophianic vision relies upon this kind of metaphorical thinking. Without dissolving the dogmas of the faith, Sophiology reads them sideways so as to gain an insight into the mystical realities more properly understood via poetry than, say, the logical language of the manuals. American Sophiologist Dr. Michael Martin has called for a “poetic metaphysics” by which we more potently discern the presence of God in His Wisdom, seen throughout Creation.

What would this “poetic metaphysics” look like beyond textual confines? That is, what would it look like if people actually lived out this search for the Wisdom of God?

For one thing, the soul that sees all in Wisdom will be always immersed in metaphor. The eyes of their heart would discern the connection of lower things to the higher. This is not mere cataphasis, the use of images in prayer. I mean that the daily impressions of life are experienced as taking place on more than one level of reality. The events of the day are read as symbols and metaphors. We encounter this in the life of the Ven. Seraphina di Dio:

“…Anything I looked at I was able to turn into a meditation… When I saw it raining, I thought of the refreshment which the rain brought to the earth and that without it the earth would be arid. I would say: ‘If the water of divine grace did not fall on the soul, it would dry up without providing the fruits of good works.’ … The sight of fish swimming in the sea made me remember how the saints are immersed in God… And in such wise everything, even the slightest things, served me for my spiritual nourishment.”

Such is one example of sapiential living. We might turn to another. Over at Sancrucensis, Pater Edmund Waldstein has furnished a charming passage from St. John of Karpathos:

Nothing is more weak and powerless than a spider. It has no possessions, makes no journeys overseas, does not engage in litigation, does not grow angry, and amasses no savings. Its life is marked by complete gentleness, self-restraint and ex­treme stillness. It does not meddle in the affairs of others, but minds its own business; calmly and quietly it gets on with its own work. To those who love idleness it says, in effect : ‘If anyone refuses to work, he should have nothing to eat’ (2 Thess. 3 : 1o). The spider is far more silent than Pythagoras, whom the ancient Greeks admired more than any other philosopher because of the control that he exercised over his tongue. Although Pythagoras did not talk with everyone, yet he did speak occasionally in secret with his closest friends; and often he lavished nonsensical remarks on oxen and eagles. He abstained altogether from wine and drank only water. The spider, however, achieves more than Pythagoras: it never utters a single word, and abstains from water as well as from wine. Living in this quiet fashion, humble and weak, never going outside or wandering about according to its fancy, always hard at work – nothing could be more lowly than the spider. Nevertheless the Lord, ‘who dwells on high but sees what is lowly’ (Ps . 1 1 3 : 5-6 . LXX), extends His providence even to the spider, sending it food every day, and causing tiny insects to fall into its web.

One could name many other saints who exhibit this Sophianic tendency of vision through metaphor. For St. Paul of the Cross, as Fr. Faber notes,

“…everything served to remind him of God, and he used to imagine that all creatures cried out to entreat the love of man for Him who made them. He was often observed, when walking in the fields, to gaze earnestly at the flowers as he went along and to touch them with his stick, saying, ‘Hold your tongues; hold your tongues!’ And he used to tell his religious that the flowers were always calling upon them to lift up their hearts in love and adoration toward their heavenly Creator.”

When carefully fostered in the soul – usually by ascetic rigors and conscious efforts of love – it ceases to be merely Sophianic and takes on an iconographic character, such that everything in our field of sensible experience becomes a symbol of union with the higher realm it represents. Namely, God. Thus can we preserve the presence of God in our waking hours out of prayer.

So what does this have to do with Christmas trees?

The decoration of a Christmas tree is, in a certain sense, a concrete realization of this process. Bringing a part of the natural world into our home imprints something of the human and thus of the spiritual. We can see this with animals who have been domesticated. Cats and dogs become part of the family. We discern their personalities. They are not just “dog” but “Buster” or “Gabby.” Thus, name and metaphor go hand in hand in elevating the merely natural to something approximating the human.

We don’t personalize Christmas trees. But in placing them in our homes and filling them with glittering lights and baubles, we heighten the tree into something more than what it was. As we were commanded to do in Eden, we improve the creation and make it radiant. We lend it a new beauty, the fruit of our Godlike creativity. We place a star or an angel at its peak, and a reminder of Our Lord’s Nativity at its base. Thus we turn it into a little Tree of Life, reaching between Heaven and Earth, the natural world manifested in the splendor of its potential divinization.*

In other words, the power of metaphor allows us to experience the tree as something more than what it is at the purely material level. It becomes for us an icon of Holy Wisdom, of Christ abiding in His redeemed Creation.

I am reminded of today’s O Antiphon.

O Wisdom, coming forth from the mouth of the Most High, reaching from one end to the other, mightily and sweetly ordering all things: Come and teach us the way of prudence.

These words are manifested in so many ways throughout time and space. They don’t just belong to Advent. Yet the Christmas Tree can (if we come to it with a Sophianic imagination) serve as one meditative example of Wisdom “sweetly ordering all things” in this holy season.

It’s no surprise that Archpriest Sergius Bulgakov wrote favorably of the Christmas Tree.

*I realize of course that not all families use real trees, and that they don’t all place a Nativity under it. But even here, the power of metaphor enters in. In calling an assemblage of wire or aluminum or plastic a “tree,” we are already entering into the world of metaphor and artifice. In that case, we are only one degree removed from what I have described above. 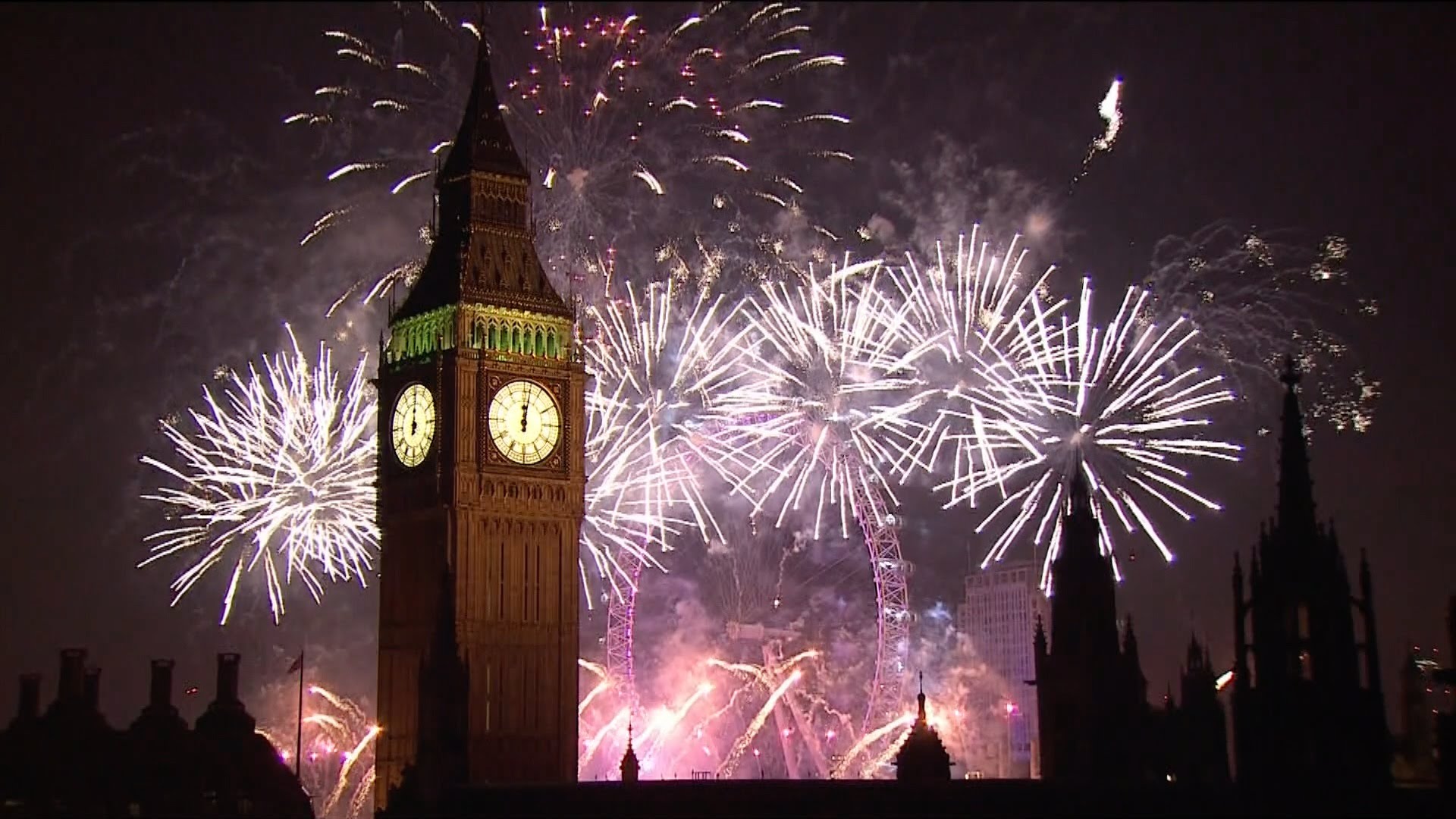 Here are XVII things for which I am grateful in the year of Our Lord MMXVII.

3. Everyone who has taken the time and effort to read, share, and respond to what I have written at this blog. As of this writing, I’ve gotten 44,127 views.

4. All of the support I received when my grandmother died right before Holy Week.

5. The fact that I have several friends who have started the process of entering or returning to the Church.

7. Rekindling my love of creating art.

8. The new basset hound my family got this winter and the rabbits we received in the spring. Not to mention the continued good health of our other pets.

10. All the museums I have worked in or visited.

12. My Marian consecration. The continued friendship of many saints, including St. Philip Neri and the Blessed John Henry Newman. Also the many beautiful liturgies I had the chance to attend this year.

13. The memory of those warm and golden weeks on the Lawn between the end of Spring exams and the beginning of final exercises.

14. All of the great music I have come across this year (The Revolutionary Army of the Infant Jesus, David Lang, a few pieces by John Tavener and Zbgniew Preisner, George Jones and Monteverdi, Bernstein, Gilbert & Sullivan, Chrysta Bell, James Carr and Pokey LaFarge, Gaelynn Lea, Jackson C. Frank, and so much more).

15. A new appreciation for William Blake and an introduction to the poetry of R.S. Thomas.

16. The fact that we haven’t all been nuked to kingdom come yet.

17. The laughter I have happily shared with friends and family.

May the good Lord bless all of us in the coming year of His grace!